On February 28, 2019, the 135th Corps of Cadets at St. John’s Northwestern Military Academy (SJNMA) participated in a detailed JROTC Program of Accreditation (JPA) review. This review, which was known many years ago as Annual Formal Inspection (AFI), is thesecond JPA that SJNMA has experienced in its new format.

JPAs are conducted at each JROTC unit every three years; the results of which determine whether a school retains the designation of “Honor Unit with Distinction” along the ability to nominate cadets to our nations’ service academies, the United States Military Academy at West Point, United States Naval Academy or the United States Air Force Academy. Unlike the previous AFI format, which was primarily based upon an in-ranks inspections and drill, the new JPA format weighs heavily on two areas where cadet briefings were required.

The first briefing required the battalion headquarters staff to identify an area that needed improvement at the start of the school year and develop a plan on how to improve it using the seven step “Decision Making/Problem Solving Method.” For this briefing, the battalion staff identified a lack of effective leadership application at the platoon leader level. This briefing was called the Continuous Improvement Plan.

The second briefing required one of our companies to brief their Service Learning Project. For this briefing, the Delta Company commander and his top leadership provided a brief on the “SJNMA Veterans Day Ceremony,” which LTC Jim Kebisek, senior Army instructor, assigned to Delta Company at the beginning of the school year. These two presentations accounted for 50 percent of the JPA score. The remaining 50 percent was broken down into a Corps-wide inspection, including the 7th and 8th grade cadets not in JROTC, a review of a platoon regulation and Color Guard drill routine, an inspection of 30 JROTC cadet portfolios, and interviews of six select cadets by the 3rd Brigade inspection team. The results were nothing less than outstanding!

Three years ago when the Corps went through the first inspection of the JPA format, it received a score 95.2 percent. As a result of the entire Corps of Cadets putting forth their best effort this year, St. John’s Northwestern received a perfect score of 100 percent – an accomplishment that only few JROTC programs in the nation have achieved. Both SJNMA briefings were executed so professionally with presentations that the inspection team requested a copy of both to show other schools in the brigade as examples of successful briefings. In addition, the district Army instructor in Hawaii requested the same copies shortly after the inspection team’s visit. 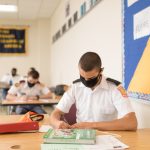 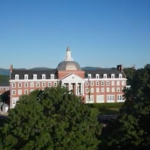 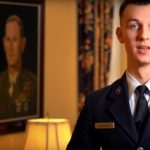 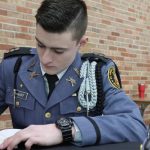 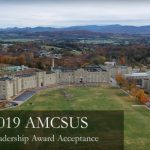 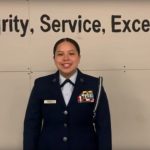 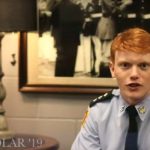 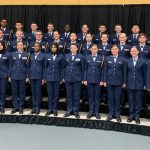 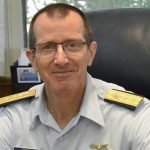 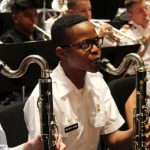