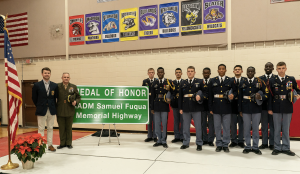 A Laddonia, Missouri native, Fuqua served on the U.S.S. Battleship Arizona during the raid on Pearl Harbor. Though injured by a bomb early in the attack, he directed rescue efforts and was responsible for saving hundreds of crewmen. In the end, he was the senior surviving officer.

For his distinguished conduct and heroism at that time, he was awarded the Medal of Honor. On December 7 – the anniversary of the attack on Pearl Harbor – his heroism was once again honored at this highway dedication ceremony with the placement of new signs along the entrance and exit of Laddonia on Highway 19.

Ten MMA cadets served as road guards, doormen, and greeters at the event. In addition, MMA staff assisted in the shuttling of special guests to and from a luncheon prior to the ceremony and then to the ceremony being held at the Community R-VI.

Cadets who supported the event include:

Watch KOMU news coverage of the ceremony., including an interview with Cadet Edwards. 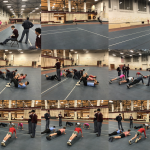 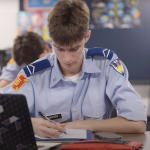 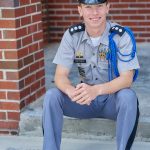 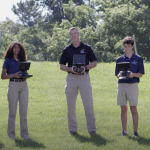