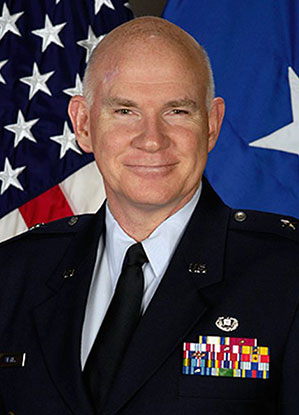 Gen Wesley served as an active duty officer in the Air Force for over 26 years, retiring on June 1, 2014. In his most recent assignment, he served as the Staff Judge Advocate for Headquarters Air Force Material Command (AFMC) at Wright-Patterson Air Force Base, OH. In that position, he was the principal legal advisor to the AFMC commander and her staff, responsible for all legal services for the 80,000 personnel within the AFMC. He had previously served as the Staff Judge Advocate for the 4406th Operations Group (Provisional) in Southwest Asia; the 17th Training Wing at Goodfellow AFB, TX; Headquarters Air Education and Training Command, Randolph AFB, TX; and Headquarters Air Mobility Command, Scott AFB, IL.

Gen Wesley is also well-experienced in education. He served as the Chief of the Education and Training Branch in the Office of The Judge Advocate General at the U.S. Air Force Headquarters in Washington, D.C., from 1993 to 1994. From June 1996 to June 1998, he served as an instructor in the Military Justice Division at the Air Force Judge Advocate General's School at Maxwell Air Force Base, AL. Gen Wesley was also the Commandant at the School from July 2005 to June 2008.

He and his wife Lesa have one daughter, Sarah.